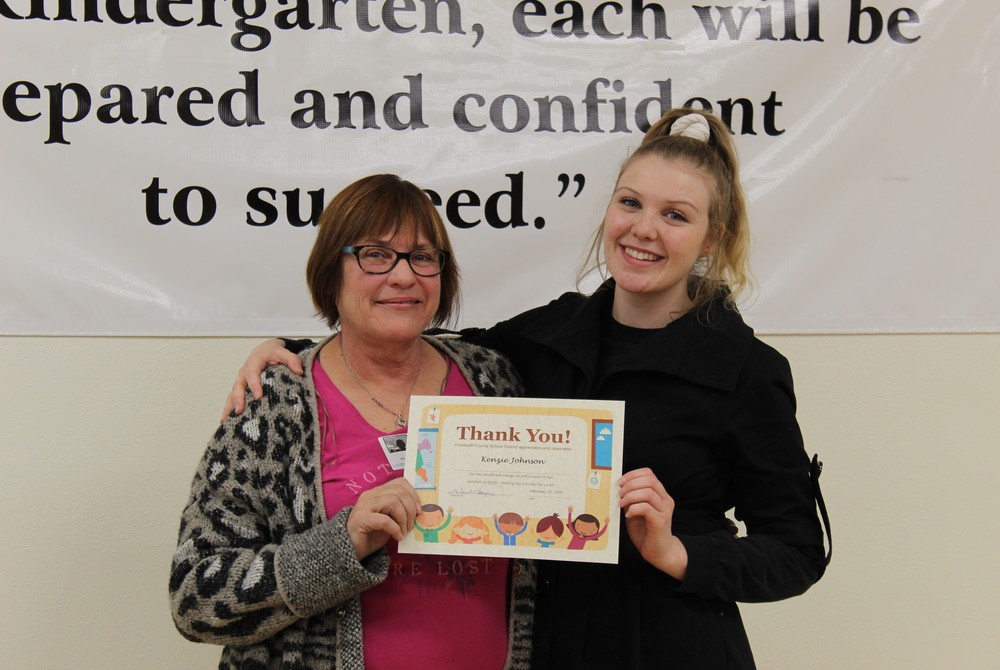 Kenzie Johnson receives a recognition certificate from Humboldt County District School Board Chairperson Glenda Deputy for her outstanding attitude. Johnson’s enthusiasm bubbled up and created a positive vibe during the Celebrations portion of the district’s school board meeting Feb. 10. Assistant Superintendent Dawn Hagness said, “I want to recognize someone who I have found to represent everything positive that you can possibly ask for in an employee.” Hagness described Johnson as exuberant and someone who radiates energy and positivity wherever she goes.  “When I called her today,” Hagness says “to ask if she could come to the meeting, I had to pull up her resume, and it's interesting that her resume itself says that that's one of her goals: to spread positivity wherever she goes. I thought, ‘Wow, you've nailed that part of your resume for sure.’” Johnson was recently hired as a teacher’s aide at Winnemucca Junior High School.