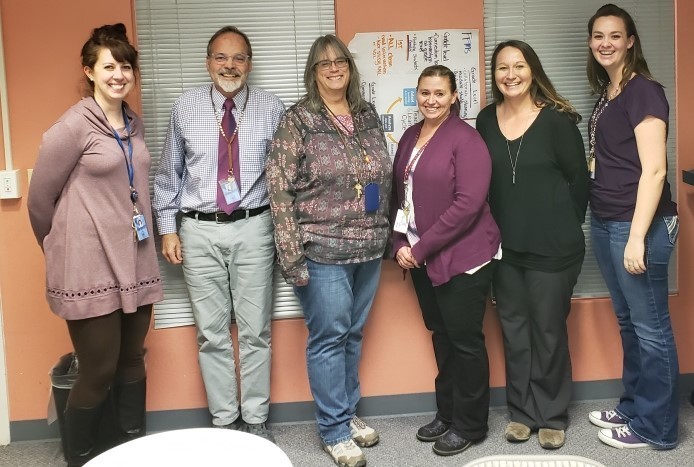 The Humboldt County School Board of Trustees chose to recognize the Instructional Support Team at French Ford Middle School for their efforts to comply with AB219.

Assistant Superintendent Dawn Hagness thanked those involved in creating the plan for their courage and vulnerability to look at data and make changes. Hagness recalled the day the leadership team realized what was necessary to realized “they could no longer talk about all of those things they couldn't control outside of  school, that they were going to have to really look at what can they control and what can they do within their school day if we really want to see a change in scores. There's not one person [on the team] that doesn't know the reason why [the school] moved from a one star to a two star — because they improved their chronic absenteeism numbers. The urgency is there to do something different and that leadership team really left that day feeling that that was true.”

Hagness praised the leadership’s preparation to address the plan as well as to engage the school’s staff and teachers going forward. “I really appreciate that you did. not only today but every day you stand in front of your peers and you push each other to be better and better for our kids.”